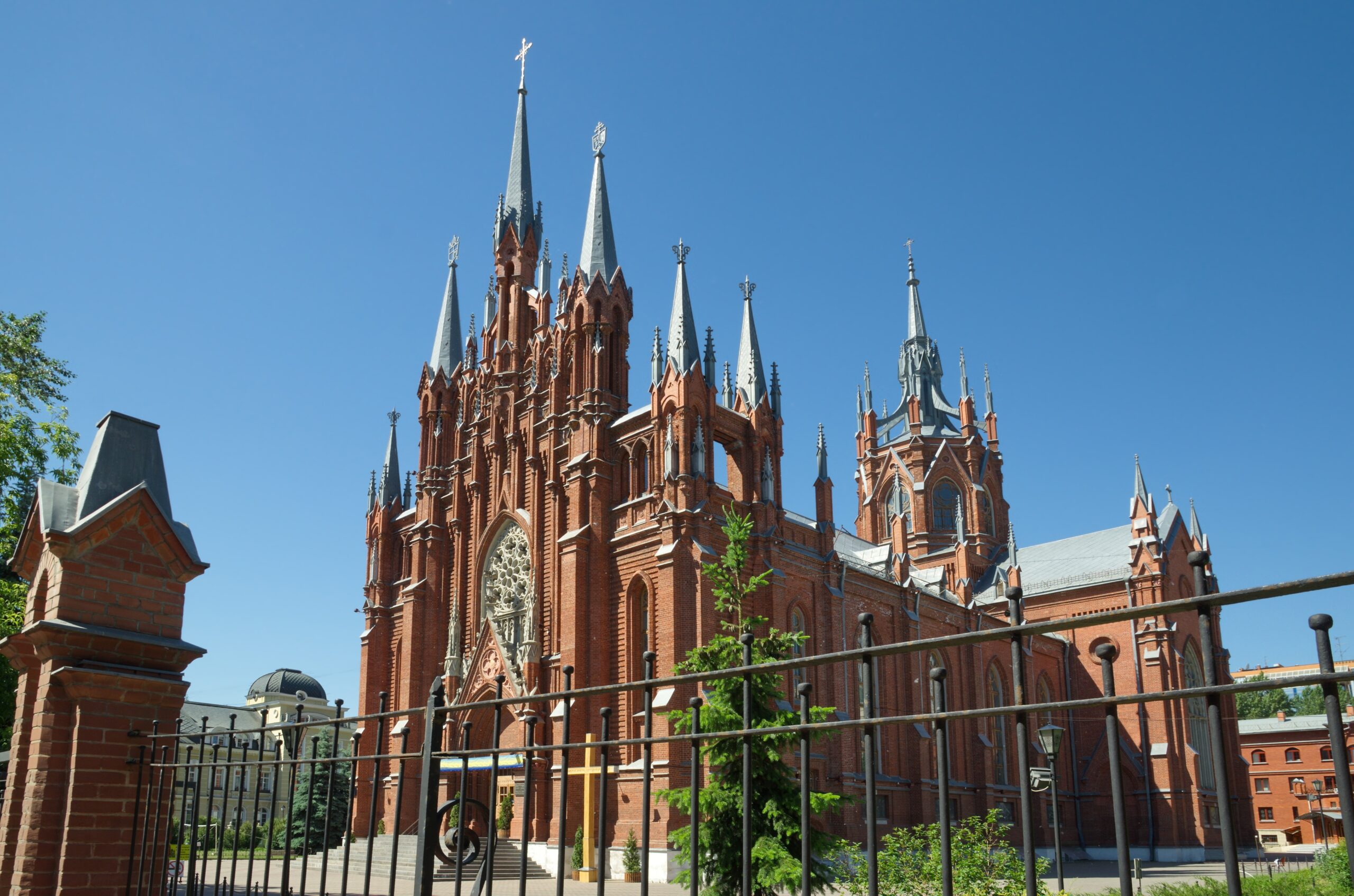 The Cathedral of the Immaculate Conception of the Holy Virgin Mary is a neo-Gothic Catholic Church at Moscow‘s center, that serves as the cathedral of the Catholic Archdiocese of Moscow. Located in the Central Administrative Okrug, it is one of three Catholic churches in Moscow and the largest in Russia.[1]

The construction of the cathedral was approved in 1894 by the Ministry of Internal Affairs under Tsarist Russia. Groundbreaking was in 1899; construction work began in 1901 and was completed ten years later. Three-aisled and built from red brick, the cathedral is based on a design by architect Tomasz Bohdanowicz-Dworzecki. The style was influenced by Westminster Abbey and Milan Cathedral. With the help of funds from Catholic parishes in Russia and its neighbouring states, the church was consecrated as a chapel for Moscow’s Polish parish in 1911. In the aftermath of the Russian Revolution in 1917, the Provisional Government was overthrown by the Bolsheviks and Russia eventually became part of the Soviet Union in 1922. Because the promotion of state atheism was a part of Marxist–Leninist ideology, the government ordered many churches closed; the cathedral was closed in 1938. During World War II, it was threatened with demolition, and was used after the war for civil purposes, as a warehouse and then a hostel. Following the fall of communism in 1991, it returned to being a church in 1996. In 2002 it was elevated to the status of cathedral. Following an extensive and costly programme of reconstruction and refurbishment, the cathedral was reconsecrated in 2005.

In the 21st century, after 58 years of non-religious use, the cathedral is once again the setting for regular liturgical celebrations in multiple languages—Russian, Polish, Korean, English, French, Spanish, Armenian and Latin—as well as benefit concerts featuring organ and church music. Its organ, the third since the cathedral’s construction, was donated by the Basel Münster. The cathedral is listed as a heritage building in the Russian Federation, and is a protected monument.[2][3]

From Wikipedia, the free encyclopedia      Click on This Link To Buy this Book