Father Ed Meeks is one of the greatest most interesting speakers in the Church.

He is a wonderful man – Christ-like we all should become! He is known as Father Ed, the journey to this day was circuitous. He went to St. Mary’s Seminary in Baltimore as a young adult, intending to become a Catholic priest. … Finally, Meeks became an Anglican priest and formed Christ the King Church in 1996, with his wife, Jan, as an administrative assistant.

Christ the King Church is a community of faithful Christian believers of all ages in the Greater Baltimore area. He was ordained on June 23, 2012, as a Catholic Priest under the Personal Ordinariate of the Chair of St. Peter, by provisions of Pope Benedict XVI’s Apostolic Constitution Anglicanorum Coetibus, in full communion with the Roman Catholic Church.

As a former Anglican parish with Charismatic roots, the Roman Catholic Sunday Mass features both traditional hymnody and contemporary praise songs, coupled with the forthright preaching of the Word of God, all centered on the celebration and reception of the Holy Eucharist. 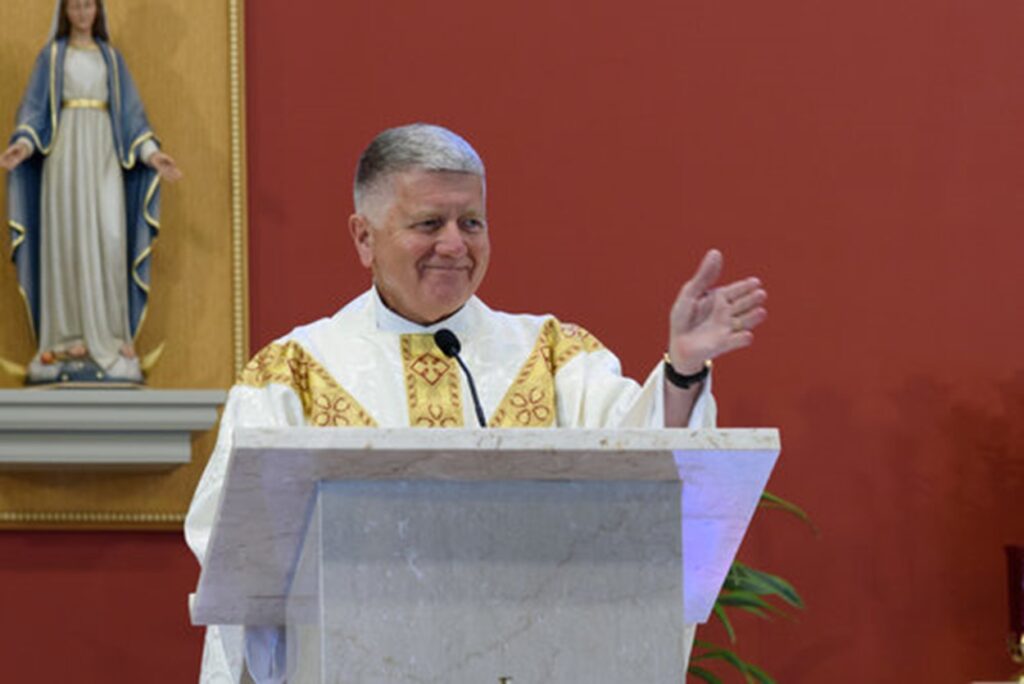 Fr. Ed Meeks is a Catholic priest of the Ordinariate of the Chair of St. Peter, and the founding pastor of Christ the King Church in Towson, Maryland. Prior to becoming a priest, Fr. Ed had a career in Human Resources in several Baltimore area firms. He and his wife, Jan, were married in 1970.  They have four grown children and seventeen grandchildren.  After many years as a priest of the Charismatic Episcopal Church, and then the Anglican Church in America, Fr. Meeks was ordained a Roman Catholic priest.