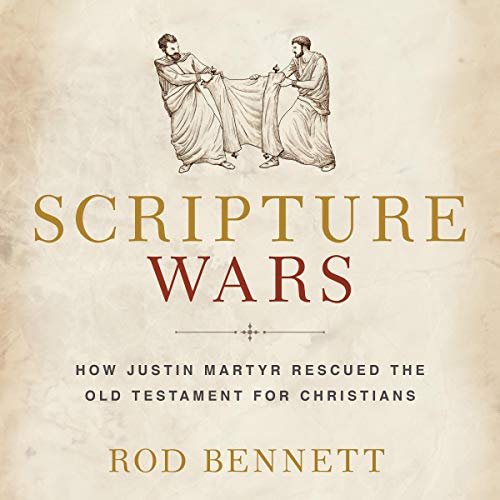 There have been many problems in early church history soon after Christ, the Apostles, and the early church fathers. Listen or read here how the Old Testament was fought over with some seeking to get rid of it entirely. As you will read, God stepped in and used a guy named Justin of Neapolis, known today as St. Justin Martyr.

About a century after Jesus died, a battle began for the Old Testament. Large numbers of faithful Christians fought about its contents and even about its right to be called a Christian book!

On one side, many Jewish converts charged Paul and most of the other apostles with a great apostasy, a pulling away from the deep roots of their Jewish tradition. This, they argued, endangered the souls of believers everywhere. They sought to retain intact the strict practices and teachings of the Old Testament and to integrate more of them into the still new and developing Christian faith.

On the other side, Marcionite Christians held such antipathy toward the Old Testament that they advocated leaving it behind entirely. They even sought to purge from the New Testament practices and notions they judged too friendly to Jewish ideas.

The outcome of this conflict would affect nearly every aspect of the new Christian faith and the daily lives of believers everywhere, for centuries to come.

God did, of course but not without raising up a great saint whose keen mind and deep faith expelled from Christianity both false understandings of how the gentle, loving God of the New Testament relates to the often-stern God of the Old.

That saint was Justin of Neapolis, known today as St. Justin Martyr. This audiobook tells the surprisingly exciting tale of Justin’s encounters with these vigorous early heresies that threatened to paralyze the young Church just as she was struggling to her feet.

Scripture Wars is an inspiring, true-life testimony to our Father’s providence, a tale that has the power to strengthen the faith of Catholics even today, 18 centuries later.